It’s something I’m writing about in my third book, which will be published next summer.

You can read my first two books, for free, below.

Here are press releases from my publisher:  Hokahey Books.

Under Afton Mountain is a secret military base.

It’s probably the first DUMB in the United States, since the Rothschilds blasted a tunnel through the mountain in the 1850s.

The cave was never mentioned again.

That’s where they put the base.

I have written a little about the base in my article about Hurricane Camille, Wintergreen, and weaponized weather, which you can read below.

And I have written about other bases in my article on Mount Fuji.

She lived next to Swannanoa Palace.

Swannanoa Palace sits directly above a deep underground military base.

Swannanoa Palace was built by the man who served as chairman for the Rothschilds’ railroad, the Chesapeake and Ohio, which blasted the tunnel, and the base, under the mountain: Major James Dooley.

He was educated by the Jesuits, at Georgetown, which feeds the CIA and State Department.

His wife, Sallie O. May, was a descendant of the English Royals—hence the swan motif.

You can find the swan at Dooley’s estate in Richmond: Maymont.

Here’s the crest of the Order of the Garter, England’s highest knighthood, on the wall at Swannanoa.

Swannanoa Palace was used as a secret meeting place for the New World Order.

Today they use Royal Orchard—right across the road from the palace.

Both of these criminals contributed to the medical school at Virginia Commonwealth University, where horrible medical experiments have been performed.

There, as at many colleges, and all research institutions, unwitting people are implanted with cybernetics.

Back at Swannanoa, the New World Order tried to force Virginia Edwards off the mountain.

She didn’t know the word, but they call it Zersetzung.

The word comes from the East German Secret Police, or STASI, whose chief, Markus Wolf, helped set up the Department of Homeland Security.

You can read about the use of Zersetzung, against me, in my article below.

The scum made Virginia Edwards angry, so she wrote a book:  Conspiracy of 30.

When Virginia Edwards lived on Afton Mountain, Lao Russell was her neighbor.

Lao Russell was married to Walter Russell, who ran a mind control cult.

It was called the University of Science and Philosophy.

Tavistock Institute endorsed the University of Science and Philosophy.

So did the Governor of Virginia.

So did a lot of famous and powerful people.

While IBM used its computers to facilitate the Holocaust, Walter Russell gave motivational lectures to its leadership.

Military honchos visited him at Swannanoa.

Before she became Lao Russell, Daisy Cook grew up in the shadow of an estate owned by Victor Rothschild.

It was Tring Park Mansion.

Lao Russell worked for the Rothschilds.

Lao Russell was a nice lady who had no idea what was going on.

She was drugged and brainwashed.

Sometimes they would move her off the property.

Then they would use the palace as a secret meeting ground.

Here are some people Virginia Edwards saw at Swannanoa.

All of the visits were secret.

Remember:  this place is two hours away from Washington, next to the interstate, and it sits on top of a secret military base.

Aside from cars, and people on foot, Virginia Edwards saw people arrive in helicopters.

They tried to kill him, first shooting him, then stabbing him, and finally with a bomb plot.

The Vatican is out to get you.

The Jesuits run not only the CIA but also the State Department.

Queen Elizabeth II visited Swannanoa Palace when she went to Charlottesville on her state visit.

At the Rotunda, Queen Elizabeth ate a chicken salad prepared by Elizabeth Pinkerton Scott, whose husband owned the castle next door to Swannanoa Palace.

That’s Royal Orchard, and now that Swannanoa Palace has gotten hot, they use that for their secret meetings.

The royals are a crime family.

You can learn more about her masonic handsign, which was often used by Winston Churchill, in my article below.

Like Winston Churchill, who was a fat drunken homosexual, and a two-faced double-dealing traitor, these English visitors were controlled by Victor Rothschild.

Cathy O’Brien has written about his crimes.

So has Susan Ford.

And so did Henry Kissinger.

Henry Kissinger is out to get you.

And so did Governor Jay Rockefeller.

The Rockefellers are out to get you.

So did Jackie O.

You can read about her college, a hotbed of satanic activity, full of secret societies, below.

They killed her husband because he messed with the Federal Reserve.

The Federal Reserve is out to get you.

Bobby Kennedy lived on Afton Mountain when he went to law school.

They killed him, too.

John John and Caroline Kennedy crashed their car into a vehicle driven by the husband of Virginia Edwards, Bill, on the off-ramp!

When he ran for office against Hillary Clinton, and starting asking questions about his father’s assassination, John F. Kennedy, Jr., died, mysteriously, in a plane crash.

Elizabeth Taylor visited Swannanoa Palace when she was married to the Governor of Virginia.

So did Shirley MacLaine.

Swannanoa Palace was a secret meeting place for the power brokers of the New World Order.

There, in the middle of nowhere, on top of the base, I lived—three miles away.

You can read more in my next book.

5 thoughts on “MILE ZERO – THE SECRETS OF SWANNANOA” 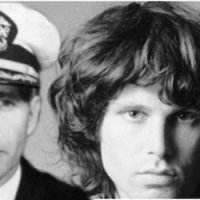