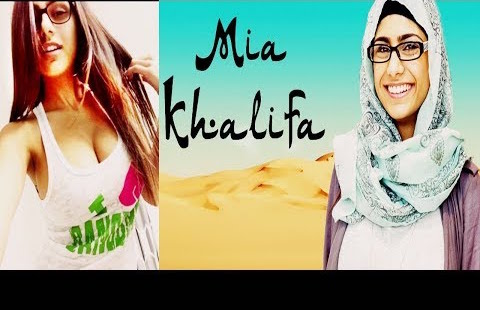 This week, Mia Khalifa made a public statement.  She turned in her gun to the police in Austin, Texas, because of the shooting at Santa Fe High School.  She said of her firearm, “Having it doesn’t make me feel safer, but relinquishing it does make me feel like I am setting an example….”

She said of the police, “They couldn’t have made it easier….” 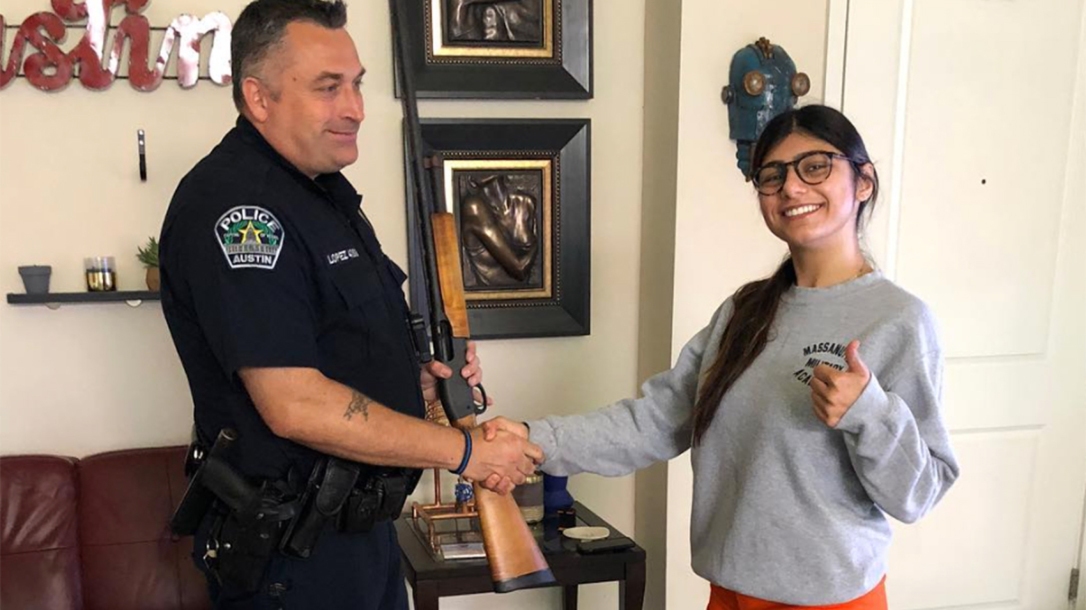 Mia Khalifa has 2,225,000 followers on Twitter, and her story was picked up by several newspapers.  Like all of the school shootings, and the publicity surrounding them, this is a blow to the Second Amendment, which guarantees the rights of all Americans to keep and bear arms. 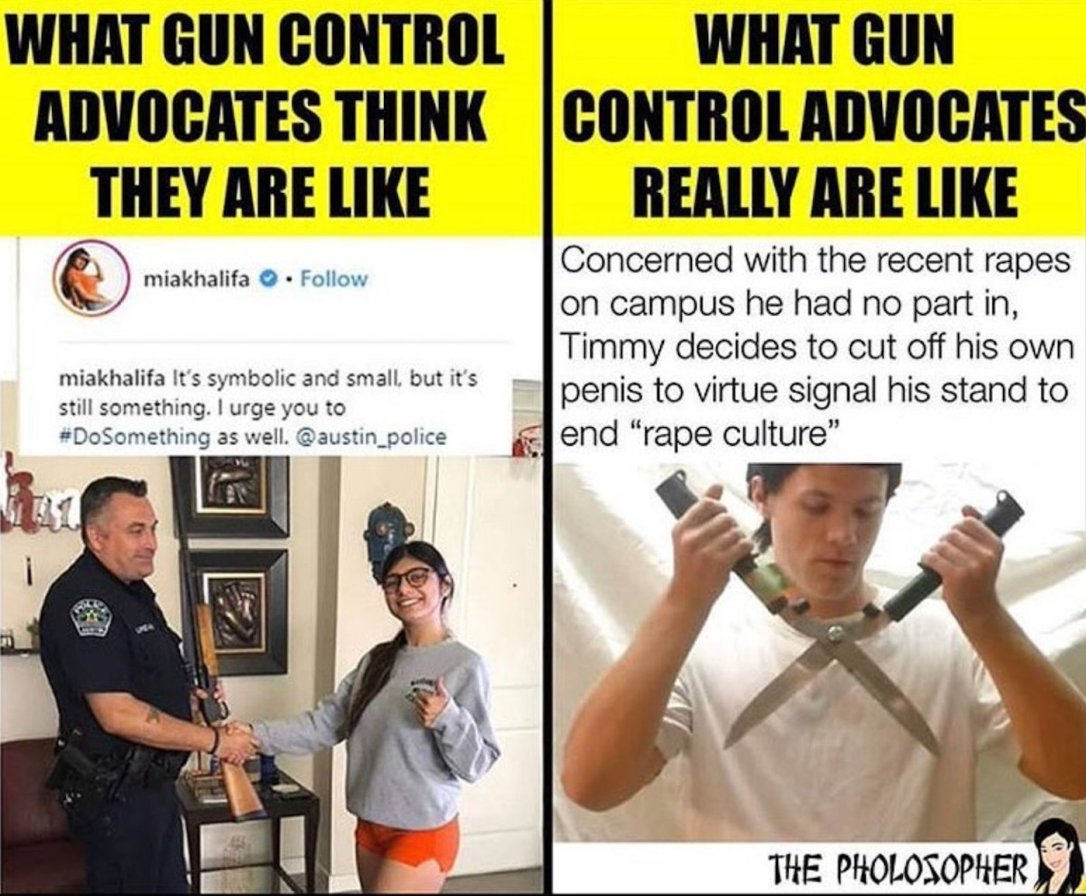 Like many, I admire the lady’s good intentions, but I also see that she is being manipulated.

Khalifa’s videos also received a disproportionate amount of negative attention, particularly from Lebanon.  Not only did Muslims hate her, but so did Christians (like her own family).   For some reason, she seemed determined to offend the two main religions in her home country.  Witness pictures like the following:

And Khalifa also received death threats on social media, which she believed came from ISIS.   As she asked on Twitter, “Doesn’t the Middle East have more important things to worry about?”

The Middle East does have more important things to worry about, but CIA doesn’t want it to.   They are using Khalifa to distract people from real problems, to foster sexualized hatred of women, with a religious flavor, and to disarm the American people.

This is another version of what PROJECT MONARCH did to Lara Logan, about which I have written elsewhere, attempting to sexualize hatred for not only perverse but also political reasons:

I have also written about CIA’s attempt to sexualize political anger through Sarah Palin, in part through a video that came out immediately before the election in which she ran for vice president.  Once you get a sense of how the agency dogs move, the tricks they use, it’s easy to spot them: 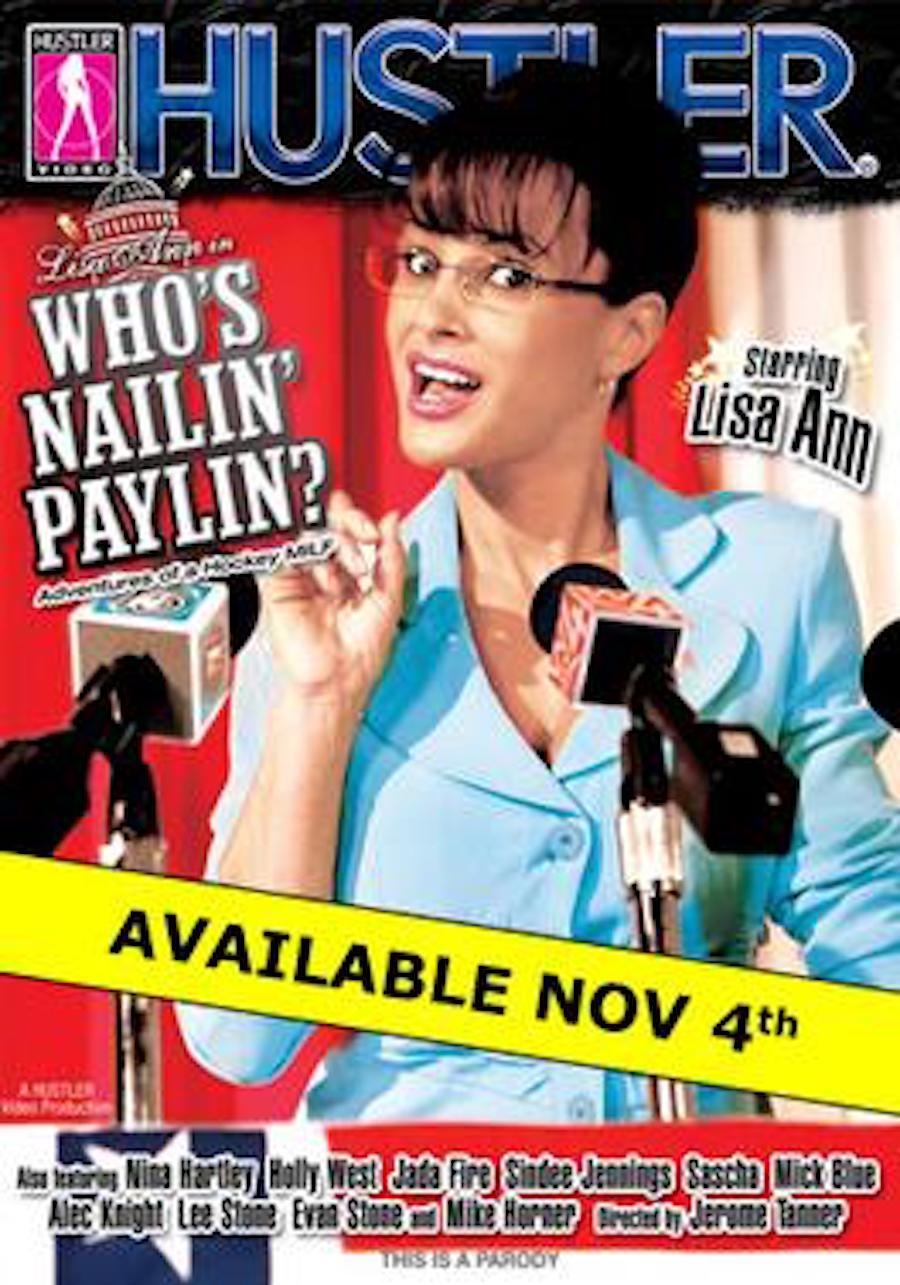 But here there is a new wrinkle.  CIA has been running MK-ULTRA for a long time, creating killers who hear voices and using them for political ends.  Alex Jones’ InfoWars has covered this subject, and so has Veterans Today:

InfoWars: The Relationship Between MK-ULTRA and Mass Murder

You can also read my article below on GLADIO C, CIA’s plot to disarm America, as well as an article concerning my own personal knowledge of the Dylann Roof shooting in Charleston, South Carolina:

My Website Traffic over the First Ten Months: Who’s Watching? and Who’s Reading?

Lee Harvey Oswald, Sirhan Sirhan, Charles Manson, the Unabomber, the Navy Yard shooter, and the Las Vegas shooter are only a few examples of killers created by CIA, so-called deltas under PROJECT MONARCH.

So is James Holmes, the Batman Shooter, who was a neuroscience student working on a computer program designed to alter mental states.  Holmes’s father, Dr. Robert Holmes, worked with DARPA to develop “cortronic neural networks” that enable machines to translate aural and visual stimuli and simulate human thinking.

Holmes, an unemployed student, who had no prior criminal record, somehow managed to buy $20,000 in guns, over 6,000 rounds of ammo, and full body armor three months before he shot eighty-two people, and his story was splashed all over the newspapers.  He was a fan of superheroes, including Batman, and his home was decorated with Batman paraphernalia.  Indeed, he shot up a theater where people were watching “Batman:  The Dark Knight Rises.”

MK-ULTRA loves superheroes, and they don’t always use them to create killers with delta-programming.  I fantasized about Wonder Woman for years, as I was programmed to do.

Mia Khalifa is just the sort of woman I might have fantasized about.  She has received “beta sex-slave programming,” and her thing is Batman.

Indeed, she has a Batman tattoo, and she attends cosplay conventions like ComicCon and SuperCon, where people dress up in superheroine costumes:

Some of her cosplay even involved guns.  This woman is a proud Texan, who espouses the Second Amendment, even as she gives her gun to the local police.

What happened to this beautiful and intelligent woman who so embraced Texas gun culture but now gives up her firearm?

I’ll tell you what happened.  Like me, she was drugged, hypnotized, and brainwashed by CIA programmers in PROJECT MONARCH and MK-ULTRA, and they wiped her memory with electroshock.

Why We Don’t Remember: CIA’s Use of Scopolamine 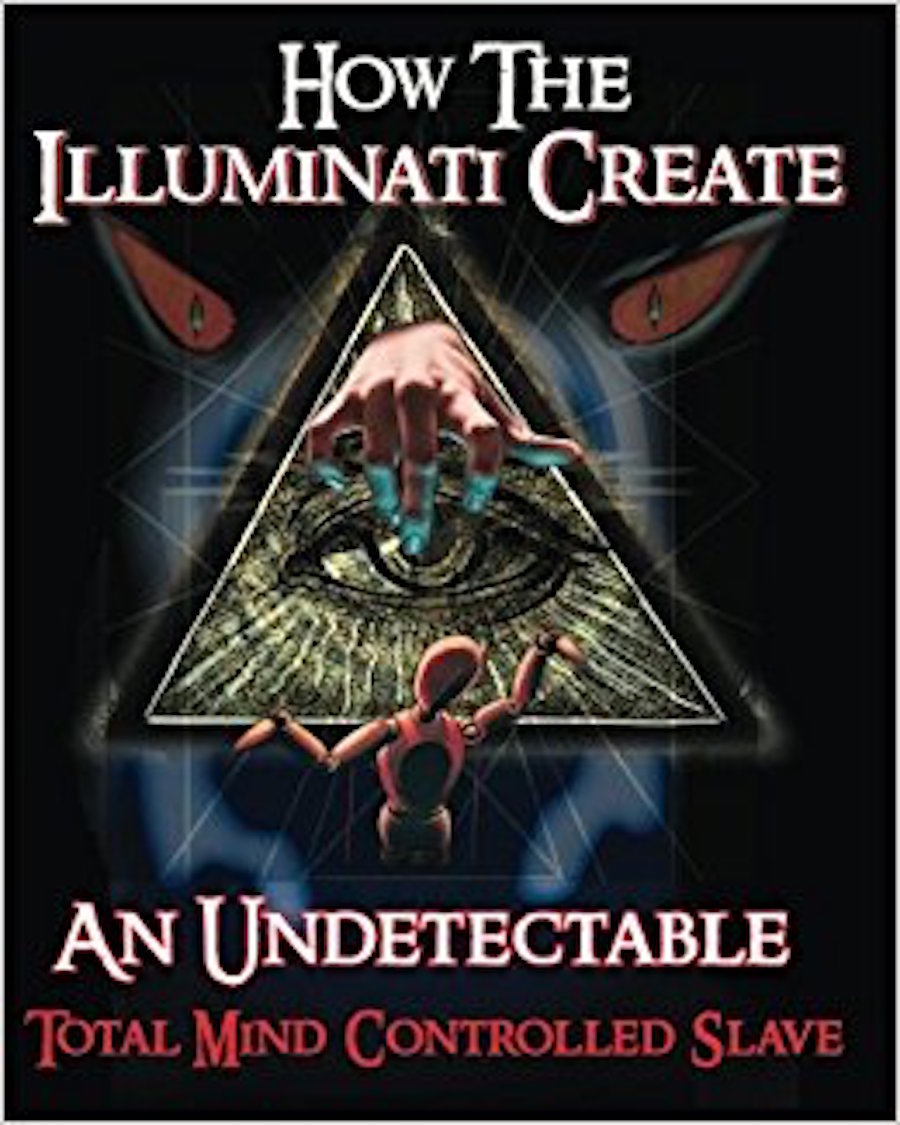 Whenever you feel an impulse to do something against your nature–you know, like, when you love your firearm, love Texas, love the Second Amendment, and know that giving up your gun won’t stop a single shooting, but somehow you just want to do it, and you feel better when you do, for no reason you can explain–you can bet it’s mind control.  I have touched on the same dynamic in my article below.

Trauma is a huge part of the sexual programming developed by the Illuminati and Tavistock Institute, and “betas” love their animals.  A favorite trick is to threaten or torture a pet to enforce sexual compliance, and then to kill it anyway, while the subject endures horrific sexual abuse.  One can only imagine what abuse pictures like this recall….

And how Mia was gently rocked back to hypnotic sleep with images like this, where Batman asks, “Where is my mind?” and Mia answers, “Way out in the water….”

I have been there.

And then I see pictures like this, of Mia Khalifa wearing the leopard print that signals a woman who has received sexual programming under PROJECT MONARCH—what these scum call a “sex kitten.”

Bill Cooper identifies the plot as ORION, but I understand it to be GLADIO C.

Again and again, the New World Order causes mass shootings, and they splash them over the media, which they control through OPERATION MOCKINGBIRD.

The object is to erode second amendment rights, to get you to give up your gun, and to demand gun control for others.  Children stand outside of schools, and citizens like Khalifa give up their firearms with the best of intentions.  The police state increases in power, our rights decrease, and law-abiding people give up their rifles, shotguns, and sidearms.  Soon, the criminals will be the only ones to have guns, we will not be able to defend ourselves, and people will cry out for more police powers.

Please click on the link below for my follow-up article on Mia Khalifa: 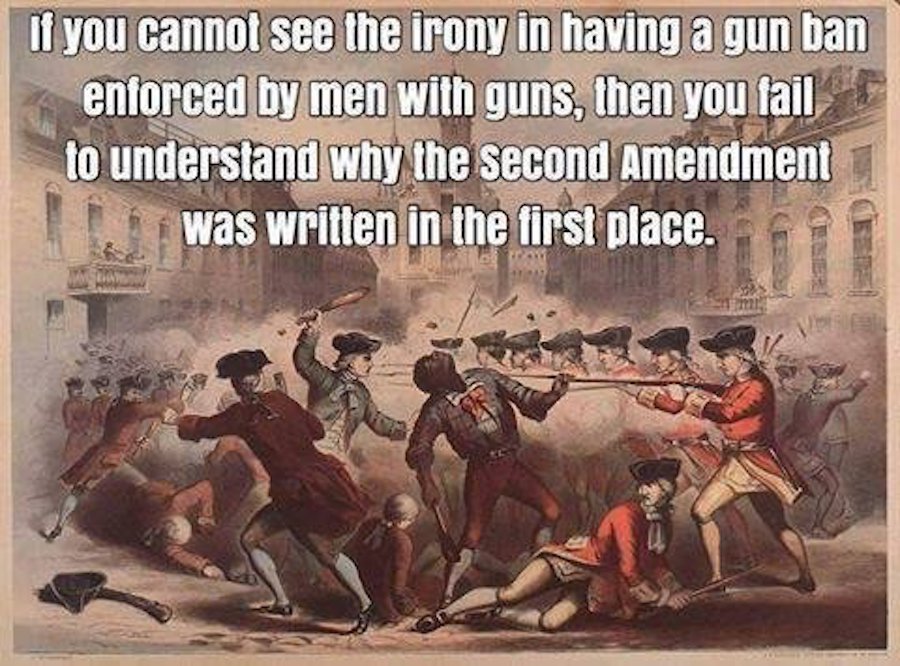 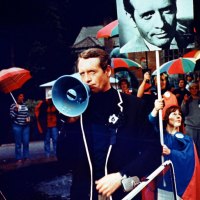 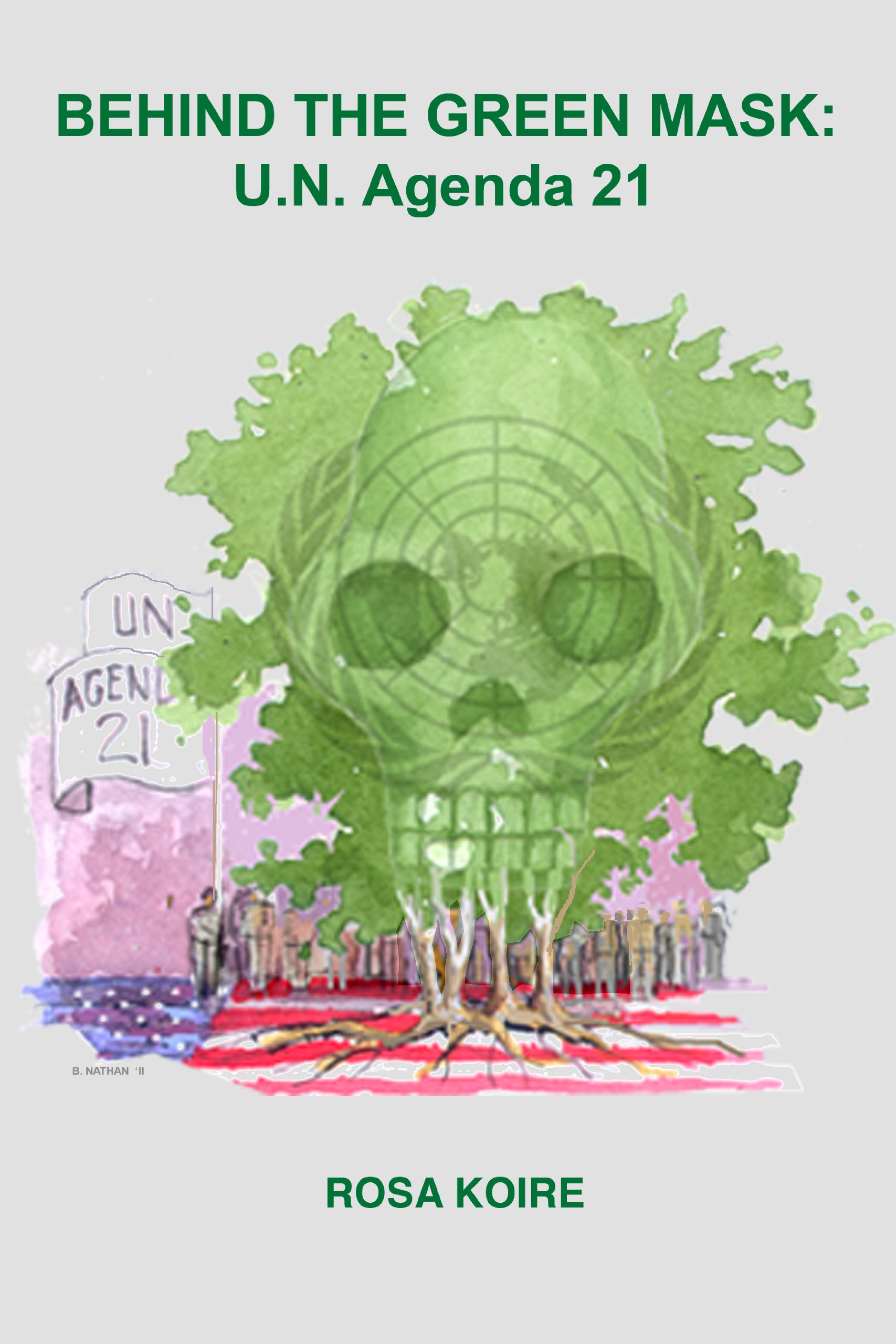